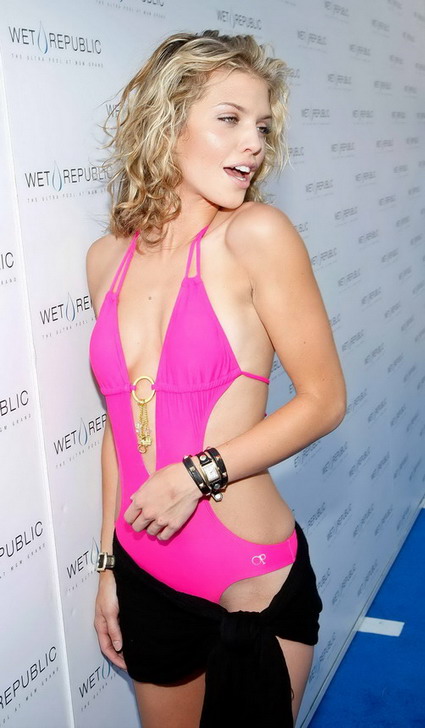 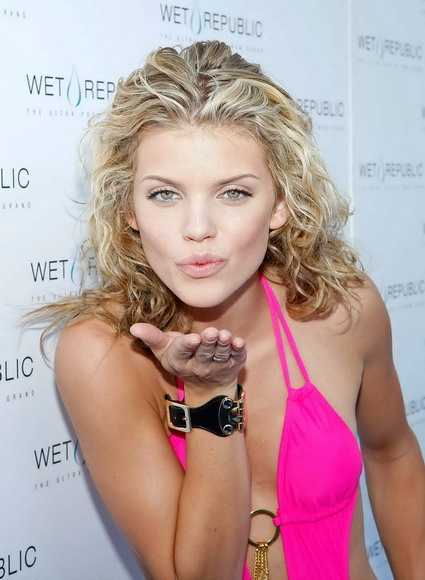 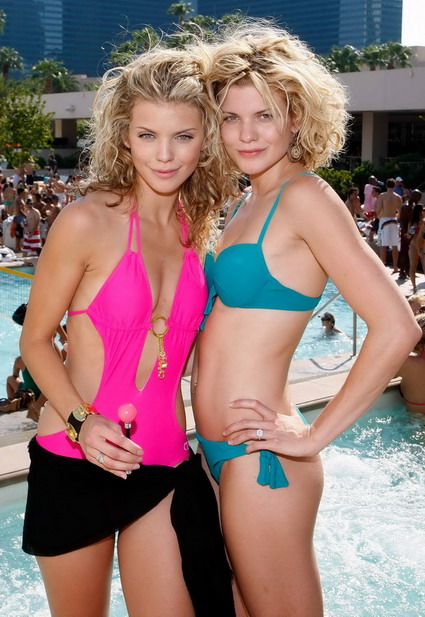 Photos by Ethan Miller/Getty Images
With the Vegas heat at a sizzling 110 degrees, WET REPUBLIC ultra pool was the hottest place to be today, and who better to run the festivities than one of young Hollywood’s sexiest actresses, 90210’s AnnaLynne McCord. The bombshell captured the eyes of many admirers as she walked the carpet in a hot pink Monokini with gold embellishments designed by OP. McCord worked the crowd, striking her signature poses, blowing kisses and flipping her wild mane of blonde curls. Her sister, Angel, then joined her on the carpet in a turquoise bikini, showing off their toned bodies and energetic personalities.

Once in her bungalow, the sisters enjoyed Sugar Factory lollipops, a signature treat for A-listers, and rested inside to escape the Vegas heat. The biggest news from the day revolves around a secret visitor, her former 90210 co-star, Kellan Lutz. The relationship between McCord and the Twilight hottie was rumored to be over, but Lutz made a personal appearance to spend some quality time with the saucy starlet and her group of friends. During his visit, the curtains remained closed to keep his presence secluded from the thousands of admirers watching outside. Upon his departure, the buff, young actor was seen leaving the pool inconspicuously, wearing a baseball hat, white long-sleeve t-shirt and jeans.