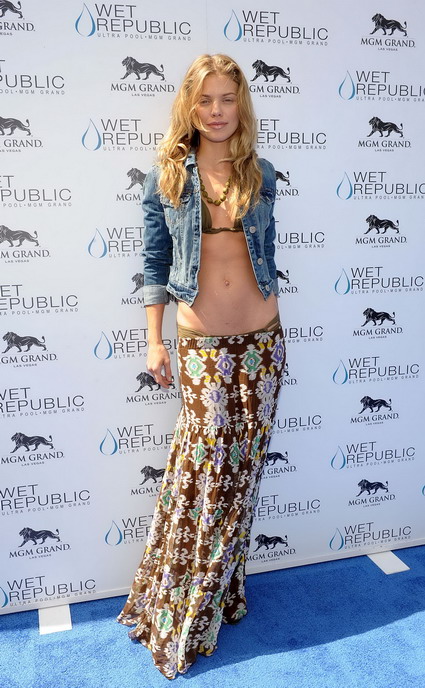 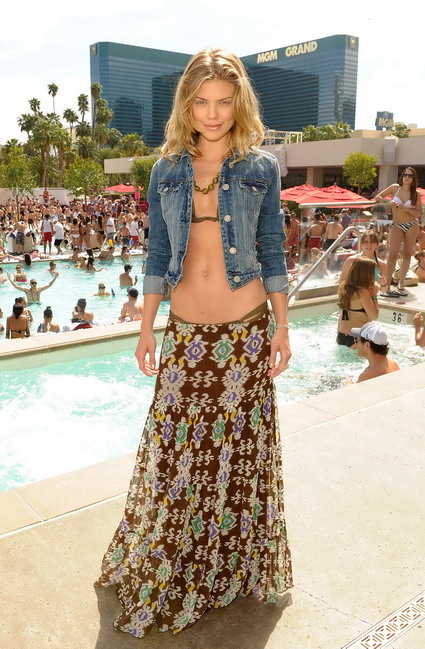 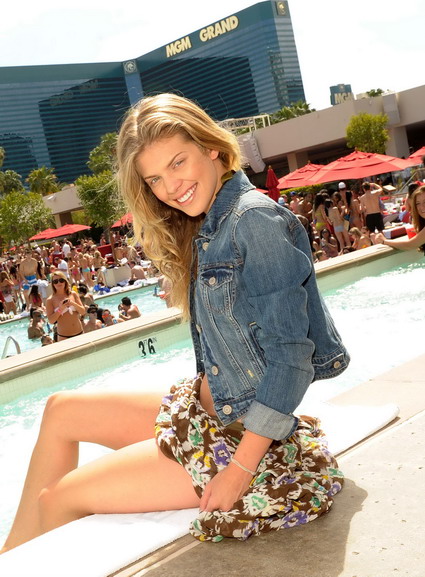 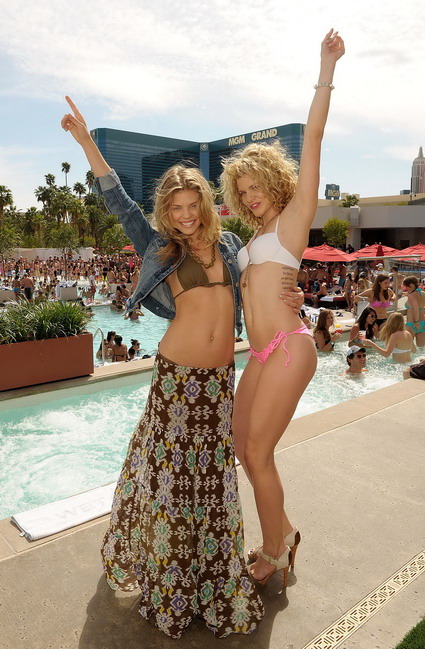 Photos by Denise Truscello of Wire Image
Temperatures rose in Sin City as the gorgeous AnnaLynne McCord of the hit television series “90210” hosted a bachelorette party for close friend Sara Oriolo at WET REPUBLIC. Oriolo happens to be engaged to Brandon Lutz, the brother of McCord’s on-again, off-again boyfriend Kellan Lutz. Kellan who is the best man of the wedding, was seen hosting the bachelor party for brother Brandon at WET REPUBLIC on March 13.
Advertisement

The fresh-faced beauty arrived at the Las Vegas pool party destination looking absolutely stunning in her bohemian chic pool attire and without a hint of make-up. AnnaLynn McCord immediately became center of attention as the young beauty was escorted through the venue to her exclusive bungalow. Although the actress turned heads wherever she went, she made sure that Oriolo was the center of attention as it was her final single celebration before getting hitched. McCord even got on the mic during the bachelorette party, to wish her good friend a happy engagement.

“Hello everybody, I want to introduce the future Mrs. Lutz,” said McCord.

“I’m very, very excited about her big day next week. Say congratulations to Sara everybody,” she continued.

“Thank you guys so much, have fun, swim, drink get drunk,” said McCord.

Also present at the festivities was sister Angel McCord. The all girl entourage partied poolside as they spent the afternoon basking in the sun while drinking and dancing with the city’s most beautiful eye-candy. Although rumored to be back on-again with the Twilight hunk, Lutz did not make a special surprise appearance at the party.

Search for News & Images on Travelivery

Change Location
Find awesome listings near you!
We use cookies to ensure that we give you the best experience on our website. If you continue to use this site we will assume that you are happy with it.OkNoRead more