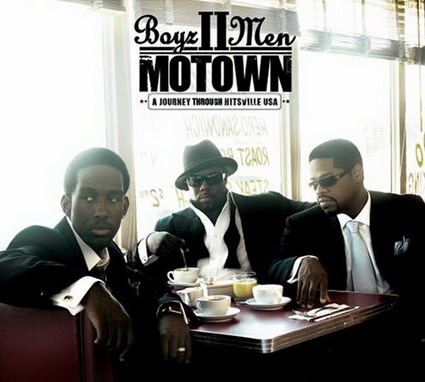 Four-time Grammy-winning R&B group Boyz II Men will mark their first-ever extended engagement on the famed Las Vegas Strip when they open at Flamingo Las Vegas on Dec. 14, 2010 for a four-week seasonal celebration in the legendary Flamingo Showroom. The special holiday show will feature all of the group’s hits, some unexpected songs done in the famous Boyz II Men style and enough holiday tunes to get everyone in the festive spirit of the season.

Formed in 1990, the best-selling R&B group Boyz II Men has continued to make successful albums, sell out stadiums worldwide and keep a vast fan base over the course of 20 years. Best known for their heartfelt hits such as “End of the Road” and “A Song for Mama,” the all male group continues to prove that R&B will never lose its audience. Selling more than 60 million records in their career from albums including the self-titled “Boyz II Men” to “Christmas Interpretations” and most recently the 2009 Grammy-nominated R&B Album of the Year “Motown: A Journey Through Hitsville USA,” the group has no plans of stopping as they approach their 20th anniversary in entertainment.

The harmonic ensemble is comprised of Nathan Morris, Shawn Stockman, and Wanya Morris. Boyz II Men’s brotherhood, as well as their love for music, has allowed them to enjoy a successful career. They are now excited to bring that success to this special concert engagement at Flamingo Las Vegas along with a good measure of holiday spirit.

“We are thrilled to be doing a holiday show in Las Vegas and be in the famous Flamingo Showroom to share our songs from such a renowned stage,” said Nathan Morris. His band mate Shawn Stockman added, “It seemed so right to bring this show to a city steeped in such entertainment history during this special time of year. We have always wanted to do a longer run in Las Vegas and all the pieces came together this time to make our dream come true.”

Boyz II Men are icons in the music industry and count among their fans idols such as Stevie Wonder and new sensations like Justin Bieber. With their rich Motown heritage and their ability to win new fans show after show, this will be a holiday celebration not to be missed. This holiday show is produced by Boyz II Men’s Manager Joe Mulvihill and Adam Steck of SPI Entertainment.

“Boyz II Men is truly an iconic musical group and have touched so many lives in the past two decades, including mine. I couldn’t be more excited or proud to be producing their first extended engagement on the Las Vegas Strip,” said Steck of bringing the holiday celebration to Flamingo Las Vegas.

About Boyz II Men
The four-time Grammy-winning musical sensation is an iconic R & B group with hits such as “I’ll Make Love to You” and “Motown Philly.” Their rise to success is a dream come true made possible by hard work, a brotherly bond, and an unimaginable talent and desire to continue improving their live performances, harmonious recordings, and musical journey.

About SPI Entertainment
The Boyz II Men holiday show is produced by Adam Steck, CEO of SPI Entertainment, one of Las Vegas’ premiere theatrical production companies with five resident award-winning shows on the Las Vegas Strip. In addition, SPI’s talent agency division books its own shows and other first class entertainment around the world.

About Flamingo Las Vegas
Flamingo Las Vegas is a Caesars Entertainment resort. The center-strip resort features more than 3, 500 guest rooms, including the award-winning, Flamingo GO Rooms. The historic hotel-casino is home to a sprawling 15-acre pool and wildlife habitat complete with waterfalls, mature island vegetation, tropical wildlife and three distinctive pools and a wide variety of entertainment and dining options.