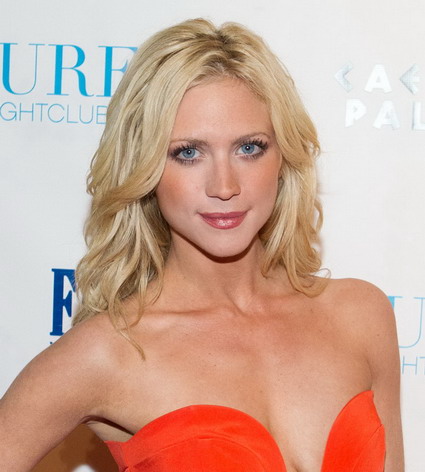 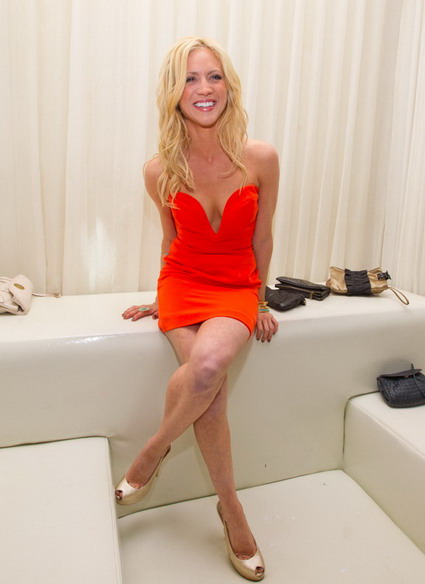 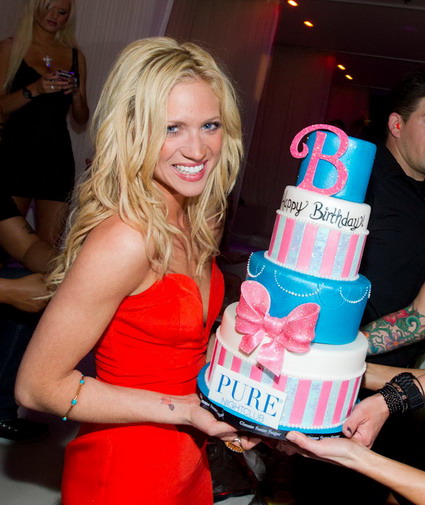 Photos by © Erik Kabik/ RETNA/ www.erikkabik.com
On Friday, March 4, Brittany Snow from the NBC TV series “Harry’s Law” celebrated her 25th birthday at PURE Nightclub inside of Caesars Palace. The Hollywood beauty will spend the evening partying with her closest friends including actress and singer Vanessa Hudgens. Before heading to PURE, the young star along with six of her closest started the night off with dinner at Social House inside Crystals at CityCenter. The all-girl group dined on Executive Chef Joe Elevado’s delicious assortment of sushi and sashimi.
Advertisement

Following dinner, the blonde bombshell arrived at PURE Nightclub just after midnight wearing a sexy low cut orange dress, gold peep-toe platforms and turquoise jewelry. While on the red carpet, the starlet posed for pictures while her friends cheered her on in the background. Snow and her entourage were then escorted inside to their VIP table located on the club’s iconic main stage. As soon as they arrived at their table, the girls set their purses down and started dancing and celebrating Snow’s big night. Later in the evening, she was presented with an adorable pink and blue birthday cake while her friends and the packed club cheered her on. The actress even did a taste test when she pulled the “B” off her cake and took a bite out of it, and later saying that it was delicious! After the birthday cake presentation, Snow along with her friends spent the rest of the night dancing and partying.

Search for News & Images on Travelivery

Change Location
Find awesome listings near you!
We use cookies to ensure that we give you the best experience on our website. If you continue to use this site we will assume that you are happy with it.OkNoRead more