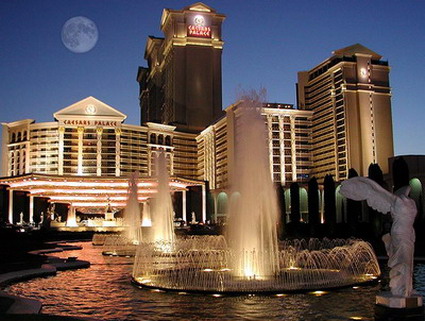 Caesars Palace Las Vegas and Nobu Hospitality announced that they have signed a non-binding letter of intent to develop the world’s first Nobu Hotel, an innovative concept that will integrate an exclusive hotel tower with the first Nobu restaurant and lounge on the Las Vegas Strip.

The planned development would further the tradition of world-class accommodations and service that is synonymous with the resort’s luxury brand. In announcing this tactical relationship, Nobu Hospitality has reinforced its focused growth strategy, expanding through the complete hospitality spectrum.

“We will bring the DNA of the Nobu brand to life in this venture through the vision of Nobu Matsuhisa with his fellow long time partners and friends Robert De Niro and Meir Teper,” said Trevor Horwell, Chief Executive of Nobu Hospitality. “With a renowned location in Caesars Palace, the luxury Nobu Hotel Las Vegas will be a destination for style-makers and trendsetters, offering an immersive, fun and social experience”

Under the plan, the interior of the Centurion Tower at Caesars Palace will undergo a multi-million dollar renovation to create the Nobu Hotel within the resort. The 180-room Nobu Hotel will feature 16 suites and a penthouse with a stylish interior design that showcases natural materials, fused with Nobu’s signature Japanese elegance. Nobu Hotel guests will enjoy private check-in and the unique benefit of room service from Nobu’s acclaimed culinary team.

The centerpiece of the renovation is the Nobu Restaurant and Lounge. Classically trained in Tokyo, world renowned chef Nobu Matsuhisa has leveraged his life abroad in South America and around the world to create a culinary and hospitality brand with universal appeal. The restaurant and lounge will span 9,500 square-feet at the base of the Nobu tower, near the existing Appian Way at Caesars Palace.

“Caesars Palace has a long history of reinvention, continuously elevating our guest’s expectation of luxury and service,” said Gary Selesner, president of Caesars Palace. “Nobu’s distinctive brand will bring a new dimension to Caesars Palace and will be designed to attract first-time visitors. The re-branded hotel tower, restaurant and lounge will offer an experience unlike anything in Las Vegas, pairing exclusive accommodations with a resort famed for world-class entertainment, shopping and leisure experiences.”

Caesars Palace
Caesars Palace is the world’s best known resort-casino, celebrating the grandeur that was Rome, in an 85-acre destination location that sets the standard for entertainment, dining and luxury. Reigning at the heart of the Las Vegas Strip, Caesars Palace ranks among the world’s top luxury resorts known for its originality and beauty. The resort features 3,300 hotel guest rooms and suites, 23 diverse restaurants and cafes, five-acre Garden of the Gods pools and gardens, 50,000 square foot Qua Baths & Spa and 300,000 square feet of premium meeting and convention space. The 4,300-seat Colosseum sits just steps from celebrity chef restaurants and the acclaimed Forum Shops at Caesars. The resort spotlights world class entertainers such as Celine Dion who will return to the resort on March 15, 2011.