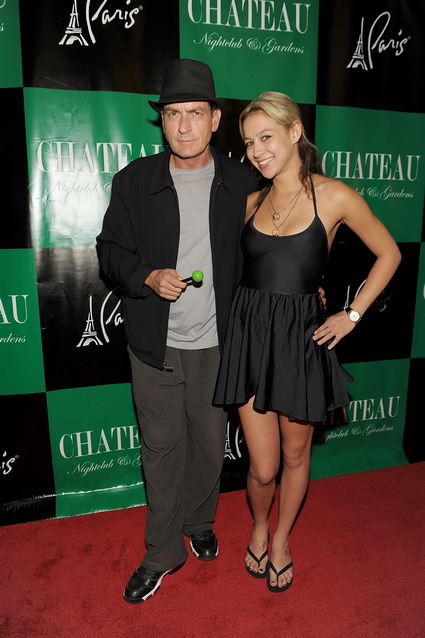 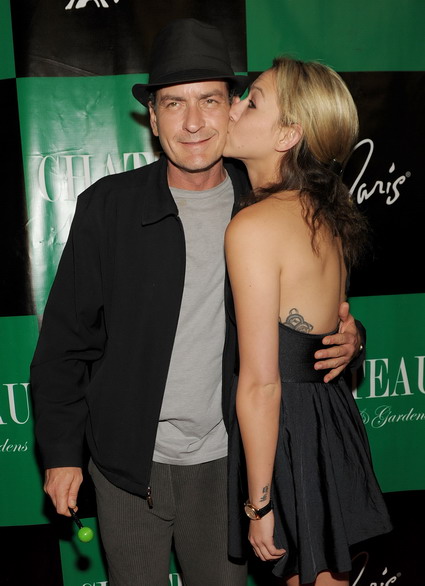 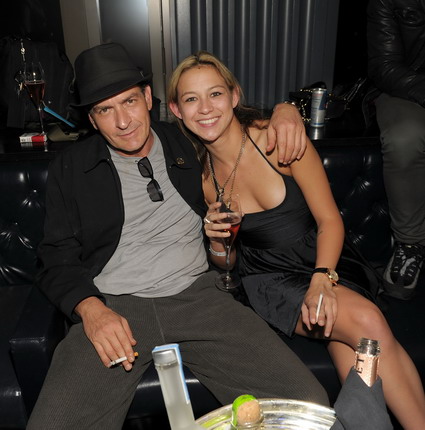 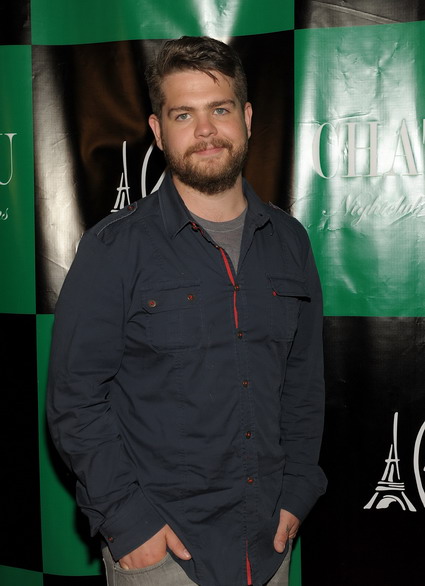 Photos by Denise Truscello of Wire Image
Calling all winners and warlocks, Chateau Nightclub & Gardens welcomed pop culture phenomenon and award-winning actor, Charlie Sheen on Saturday night. Flying in from San Francisco, where he made a stop earlier in the evening on his “Violent Torpedo of Truth/Defeat is Not an Option Tour,” Sheen arrived with his “goddess,” Natalie Kenly in tow. Looking casual in a black jacket over a gray T-shirt and a black fedora, the actor walked the red carpet around 1:30 a.m. Kenly, who wore a black mini dress with flip-flops, was seen by Sheen’s side all night and even posed for photographers and fans who gathered around the red carpet waiting for the superstar actor to arrive. The couple were affectionate on the red carpet, Kenly gave Sheen a few kisses on the cheek delighting photographers and onlookers. Sheen was overheard telling reporters that what he loves about Vegas is that “it’s the Disneyland for grown-ups” and that “you never really know what to expect when you come here… there’s just something in air with Vegas.”

Flanked by security guards, Sheen and his entourage, including Rob Patterson of the rock band Filter, were escorted upstairs into the swanky nightlife hot spot. Upon entering the popular club, party-goers went wild snapping photos and trying to catch a glimpse of Chateau’s very special guest. Friends of Sheen who joined him at his private VIP table supported the actor with T-shirts printed with the saying, “CBS Can’t Break Sheen.”

Inside the nightclub, New Orleans Saints running back, Reggie Bush was spotted partying with friends at a private VIP table, in addition to Don Johnson and Gossip Girl star, Penn Badgely.