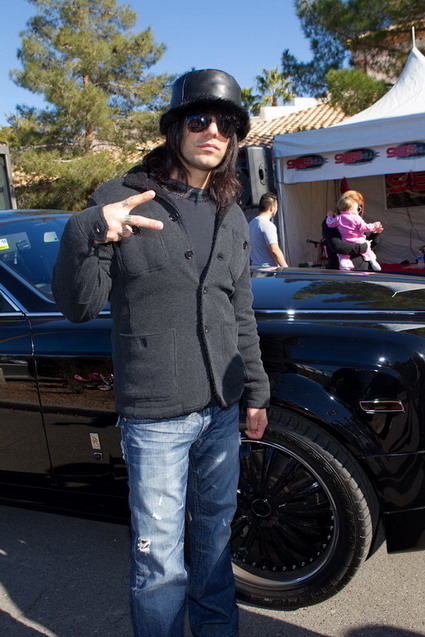 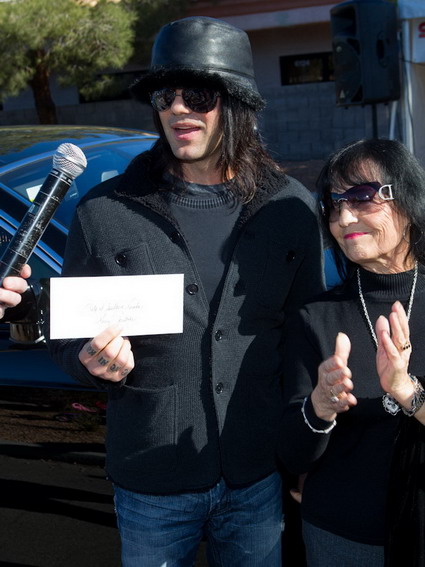 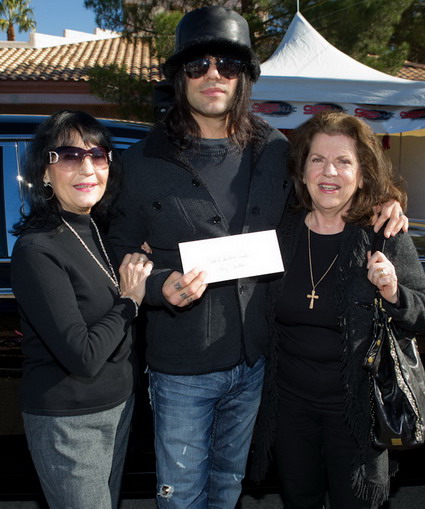 Angel arrived in his custom black Rolls Royce accompanied by his mother Dimitra and his Aunt Stella, who also taught Angel his first card trick! Angel surprised KLUC radio personality Chet Buchanan who spends 12 days atop a 30 foot scaffolding every year for the drive. Buchanan has been camped out for 6 days, 24/7, atop the scaffolding with his dogs Chefrey and Jake.

Criss Angel was there to deliver a check for $15,000.00 and he also donated 100 of his Criss Angel Magic Kits. Buchanan was stunned with the generous donation. Angel spoke to Buchanan over microphone and told Chet that “it’s nothing in the scope of things….Material things aren’t what matters and love is what matters most”. Angel showed the love in a big way today and proved Angel is more than just his last name.