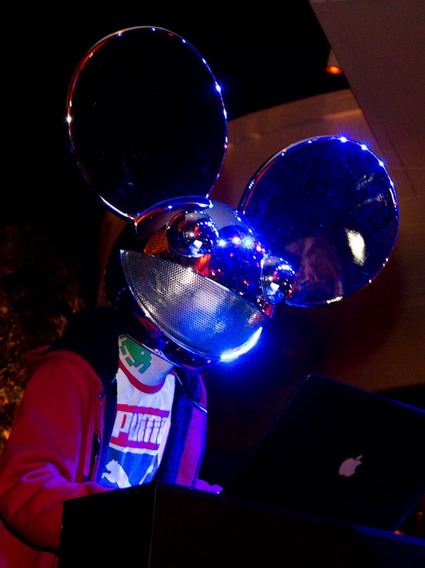 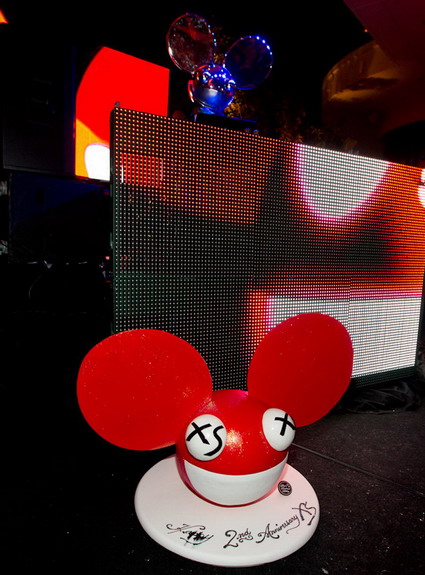 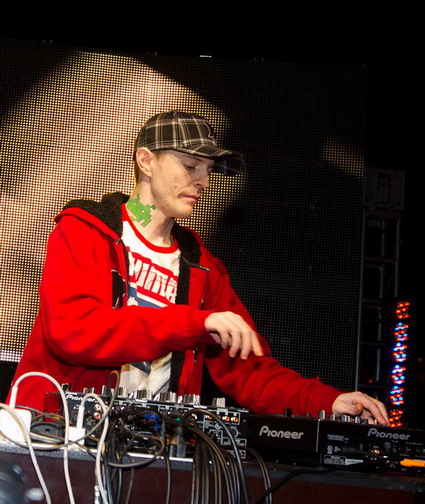 Photos by © Erik Kabik/ RETNA/ www.erikkabik.com
XS Nightclub, the sophisticated nightclub at Encore at Wynn Las Vegas, celebrated its second anniversary with the most anticipated event of the year, featuring a special performance by dance music phenomenon, Deadmau5, last night.

Deadmau5 has been a rising star in the electronic genre over the past three years, and his popularity exploded worldwide after playing the MTV Video Music Awards in September. Recognized by his famous mouse headpiece, Deadmau5’s shows are always unique as he assembles tracks on the fly, using cutting edge computer technology, including software he’s helped write himself.

“XS Nightclub continues to be recognized as one of the top nightclubs worldwide, and we wanted to celebrate this presence on a magnified level at the second anniversary,” said Jesse Waits, managing partner of XS and Tryst nightclubs. “As one of the most talented artists on a global scale, Deadmau5 was a perfect fit for the energy we want at this event.

Our venue and his skills created an unparalleled combination for one of the most talked about parties for years to come.”

Since opening, the venue has been continually celebrated and recognized with awards and accolades including 2010 Nightclub & Bar Mega-Club of the Year to local favorites in countless “Best Of” lists.

Known as the top grossing nightclub in the country, XS Nightclub has placed in the number one spot for the Nightclub & Bar Top 100 in both 2010 and 2011, based on annual revenue.

XS Nightclub has been a leader in integrating electronic performers into the nightlife scene, focusing its music program on the popular dance genre. Notable DJs, including recently announced residents Afrojack and Manufactured Superstars, have become regulars at the Las Vegas hot spot.

With its chic vibe and fashionable reputation, XS Nightclub remains the place to see and be seen for celebrities, glitterati, locals and tourists alike.

One Direction and Other Celebrities Flock to XS Nightclub