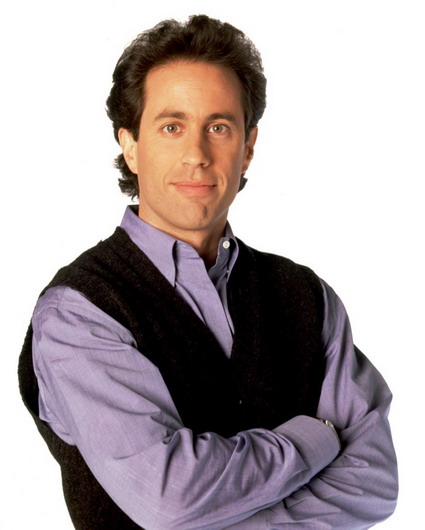 Jerry Seinfeld, noted best-selling author and stand-up legend as well as the star of the smash hit sitcom Seinfeld, will be tickling Las Vegas’ funny bone. This beloved American comedian will return to the Colosseum at Caesars Palace, where he delighted audiences during the TBS Comedy Festival.

Seinfeld, who is noted for his witty brand of observational comedy, first developed an interest in stand-up comedy after brief stints in college productions. After graduating from Queens College, he began performing stand-up at comedy clubs around the nation and appeared in a Rodney Dangerfield HBO special. But it wasn’t until his May 1981 performance on The Tonight Show Starring Johnny Carson that Seinfeld became a star. Afterwards, he became a regular guest on the late night talk show circuit and was ranked #12 on Comedy Central’s 100 Greatest Stand-Ups of All Time list.

In 1989, Seinfeld collaborated with Larry David to create the sitcom Seinfeld, which by its fourth season had become the most popular and successful sitcom on American television. In it, Seinfeld starred as a semi-fictional version of himself alongside Julia-Louise Dreyfus, Jason Alexander, and Michael Richards. The show ended in 1998, and afterwards, Seinfeld returned to his roots in stand-up and went on tour. He also published several books (most notably Seinlanguage, an adaptation of his comedy material), and his process for writing comedy material and performing stand-up was chronicled in the 2002 documentary Comedian. In 2007, Seinfeld made his first major return to TV and film with the 2007 film Bee Movie, which he starred in, wrote, and produced. He has most recently been featured in several American Express and Microsoft Vista ad campaigns, a notable mark of his fame and popularity as one of America’s most beloved comedians.

Don’t miss this king of comedy’s hilarious performance in Las Vegas! His unique comedy stylings are sure to have you in stitches.