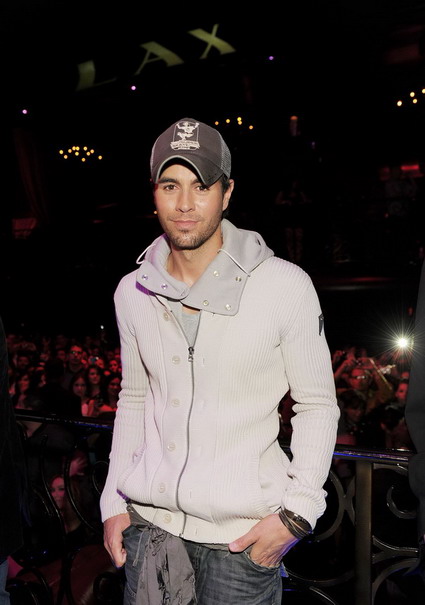 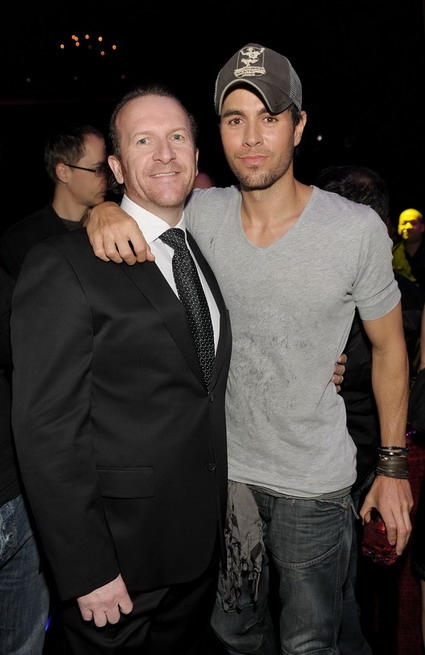 Just after 11 pm, Enrique Iglesias, dressed very casual in jeans, a hoodie and baseball cap was seen being escorted by his large security team, followed by his entourage over to LAX Nightclub. As he approached the red carpet, he quickly changed his route and decided to skip the carpet and went straight inside the club.

Inside LAX Nightclub, Enrique was immediately welcomed with a mind-blowing roar from the excited crowed. Overwhelmed by the sea of fans, he briefly stopped to wave to everyone and welcome them to his party. Enrique then headed to the main stage, where he and his friends got situated. The group was seated in the mega club’s VIP area, center of attention and surrounded by hundreds of admirers. Known for liking his privacy, Iglesias broke out of his shell and went over to personally greet a few of his fans and took pictures with them. He spent the rest of the evening taking in the atmosphere of the Vegas club scene while sipping on cocktails.