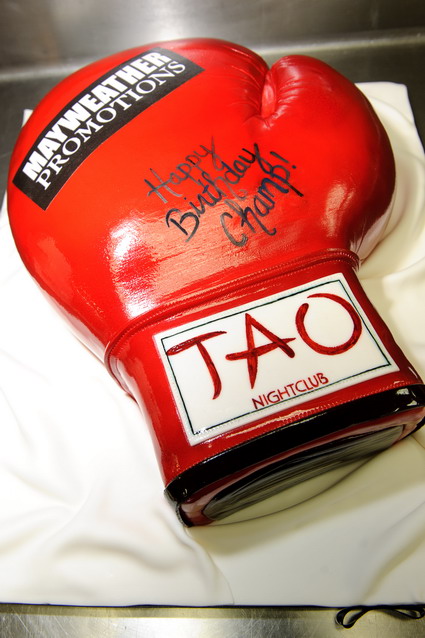 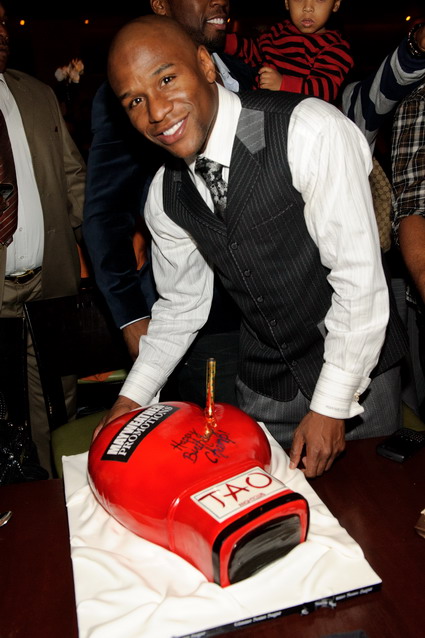 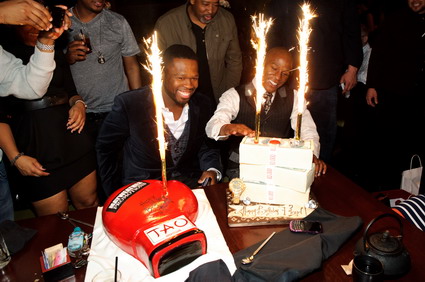 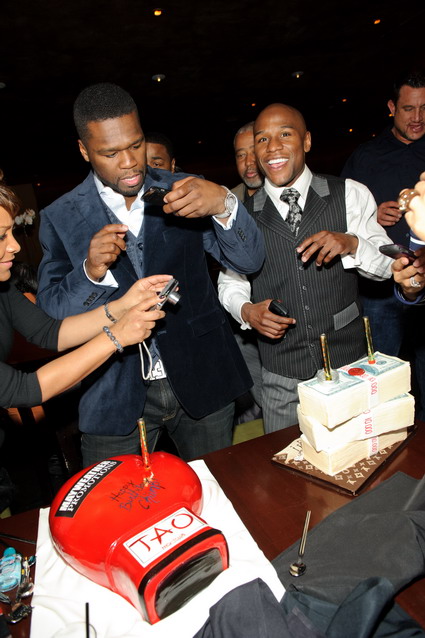 Photo by Al Powers
Floyd Mayweather, Jr. celebrated his 34th birthday with a surprise dinner at TAO Las Vegas on Thursday. The boxer was joined by a group of forty family members and friends inside TAO Nightclub at The Venetian, including 50 Cent and rapper Red Café for a feast of Orange Chicken, Coconut Shrimp and Wasabi Filet. No ordinary birthday, Mayweather blew out candles on not one, but two cakes, one shaped as a glove, the other was a stack of money symbolizing his boxing moniker, Floyd “Money” Mayweather, prompting 50 Cent to take pictures of the cakes with his camera.