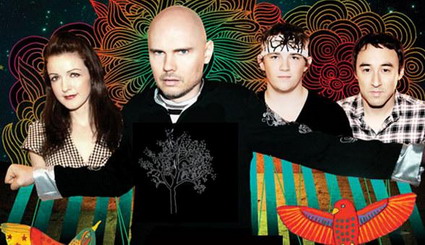 Join The Cosmopolitan of Las Vegas for this dynamic concert experience headlined by one of the most influential alternative rock bands of this generation, Smashing Pumpkins. Enjoy this performance amidst unobstructed stage and Strip views at The Boulevard Pool, the most unconventional outdoor venue in Las Vegas.

The Smashing Pumpkins have created one of the most acclaimed bodies of work in musical history and sold over 30 million albums. Formed in Chicago in 1988, they released Gish, their influential (and platinum) debut in 1991, which was followed by more platinum and multi-platinum albums including the nine-time platinum Mellon Collie And The Infinite Sadness and the four-time platinum Siamese Dream as well as the platinum certified 1998 album Adore. The pivotal group’s many hits defined the alternative music era and continue to resonate on modern rock radio, influencing a whole new generation. Since their triumphant return to the stage in 2007, the Pumpkins have headlined some of the biggest events around the globe.

The Smashing Pumpkins will be appearing with special guests Fancy Space People and Light FM.

The Ice Rink Photos/Video at The Cosmopolitan of Las Vegas