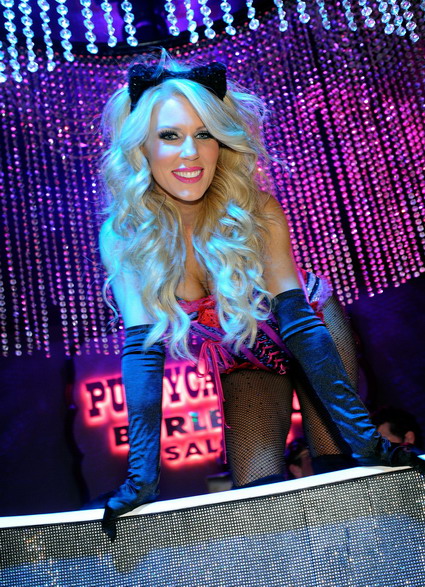 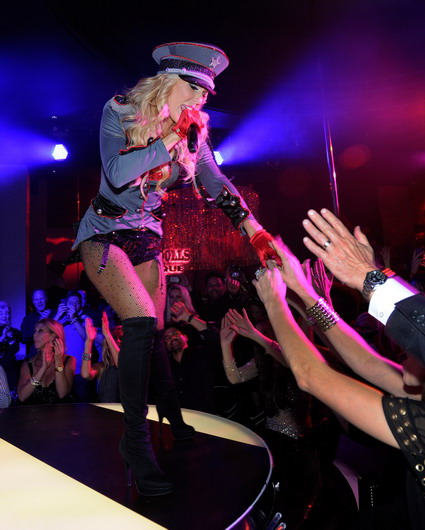 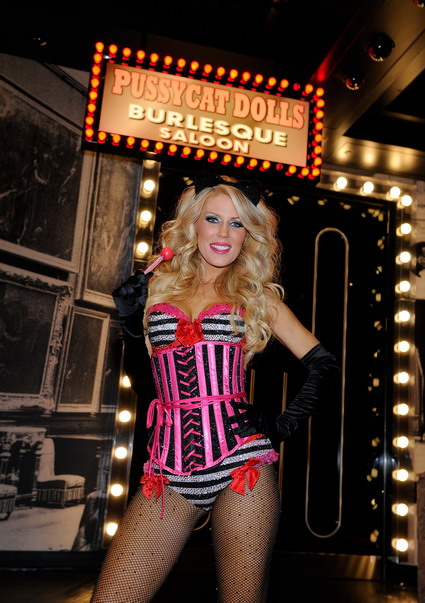 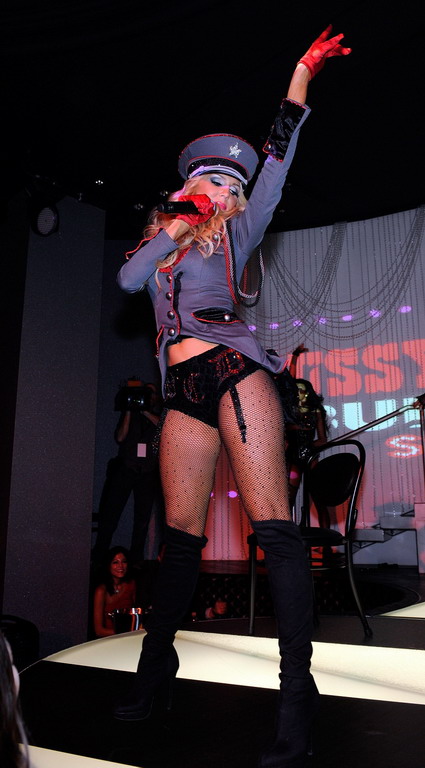 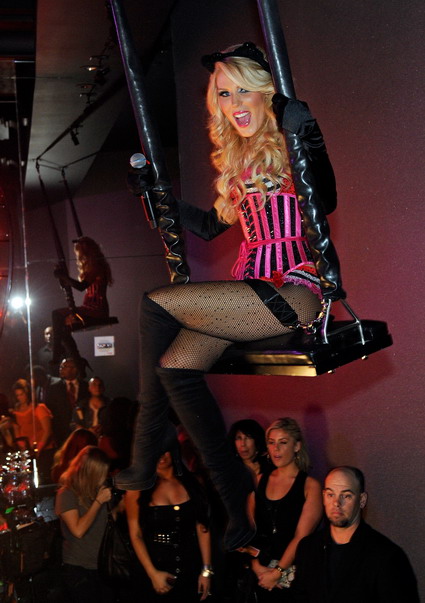 Rossi kicked off the show by hopping on the sprawling front bar, lit up by giant, florescent D-O-L-L-S lights, and yelled out to the crowd, “Vegas, I’ve always wanted the chance to show off my sexy inner Pussycat Doll. And I know there’s a little ‘housewife’ in all the women here! Let’s party!”

The California sweetheart, who was also celebrating her birthday, showed off her triple threat skills – dancing, singing and winning over the club – as she performed live with the world famous Pussycat Dolls, dressed in a leather bustier and thigh high stockings, then changing into a sexy cop outfit, done up in sequins and glitter.

Rossi sang live to “Fever” and “Don’t Cha,” blowing kisses to fans and playfully winking to the crowd. Rossi’s longtime love, Slade Smiley, was there cheering on his bombshell babe, along with Rossi’s family, friends and fellow “Housewives,” Vicki Gunvalson, Tamra Barney, Alexis Bellino, and of course, the creator and choreographer of the Pussycat Dolls, Robin Antin.

After her provocative performance, her family and friends crowded around the glowing and breathless starlet, and congratulated her on her stellar performance. Rossi thanked everyone for their support and kept repeating how much fun she had.

Smiley kissed his brand-new Doll on the cheek and the two shared a sweet moment before getting pulled away by the rest of their friends to celebrate with a round of drinks to toast the birthday girl and her once-in-lifetime experience.

Pussycat Dolls Burlesque Saloon inside Gallery Nightclub at Planet Hollywood Resort & Casino brings the talents and sex appeal of the Pussycat Dolls into an interactive setting complete with non-stop performances from Las Vegas’ very own Pussycat Dolls, as well as surprise guest appearances from A-list celebrities.

Britney Spears “Piece of Me” Tickets Sales Through the Roof!