Saturday night Heidi Klum brought her legendary Halloween party, in its 12th year, to Las Vegas and TAO Nightclub at The Venetian for the first time. Upon landing, she asked her driver to take her to see the billboard for the party and she posed in front of it and tweeted the photo.

Check Out Video from the Party Below 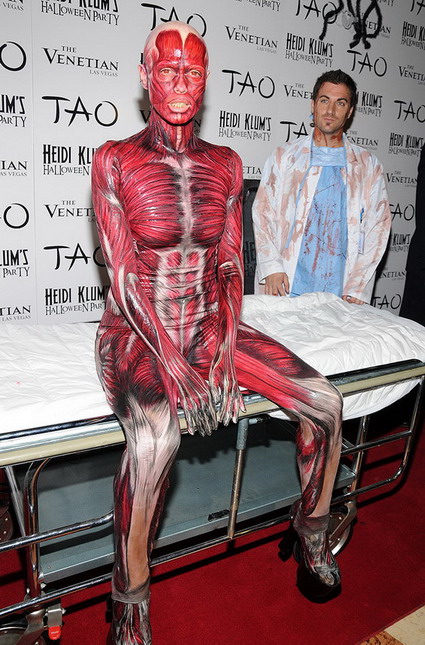 The Queen of Halloween fueled up for the night with TAO favorites delivered direct to her room as she prepared to get in costume with make up by Bill Corso. Klum raved about the meal, which included Crispy Rice, Sea Bass Satay and Spicy Yellowtail Jalapeno. 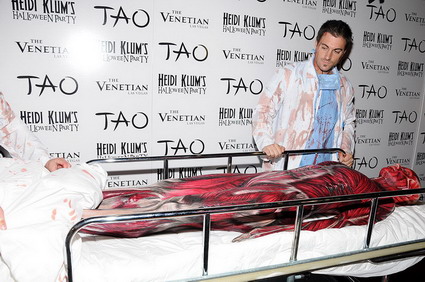 Klum donned her “Visible Woman” costume, a body suit painted with the muscles, veins and tendons that make up the human body, and arrived on the red carpet on a gurney carried by bloody medics. Fans lined the escalators leading up to TAO to catch a glimpse of the supermodel and star of Project Runway. 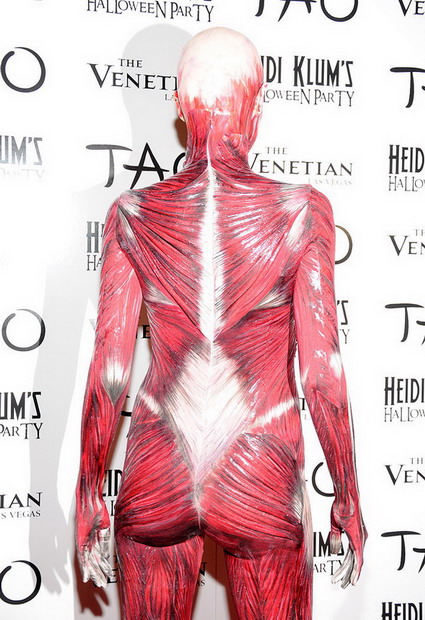 In the club Klum took over VIP tables on the dance floor with a group that included Bethenny Frankel and her husband Jason Hoppy.

Klum, who is the 2011 Trick-or-Treat for UNICEF Ambassador, was surprised with tricks and treats throughout the night as DJ ?uestlove spun for the packed club. She was presented with an intricately carved pumpkin by famed carver Ray Villafane and a bloody version of TAO’s bottle fairy flew over the dance floor hanging by a noose. 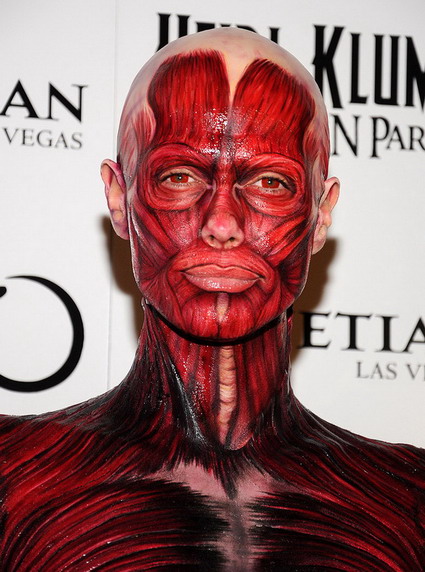 Photos by © Scott Harrison/Retna www.harrisonphotos.com
Klum danced the night away, staying until nearly 4 am.

Howie Mandel was spotted celebrating Halloween at TAO, as was Chad Kroeger of Nickelback, who also dined earlier at the Asian bistro.

You may also want to check out some cool video footage from Heidi Klum’s Halloween Party at TAO Las Vegas. Seeing her in pictures is one thing, but video is a WHOLE other thing. Enjoy!

Get Great Deals While Traveling

Hungry to Happy in 10 Minutes