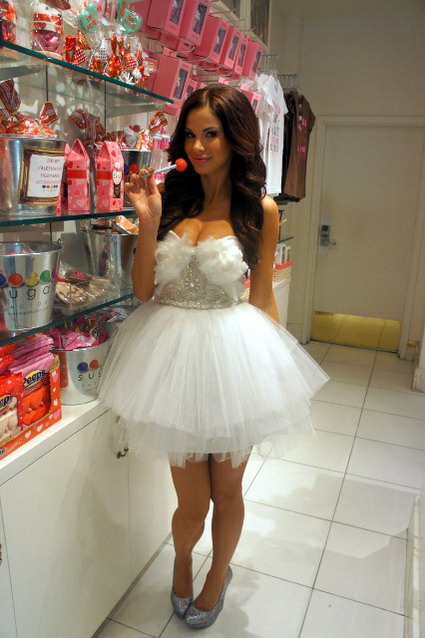 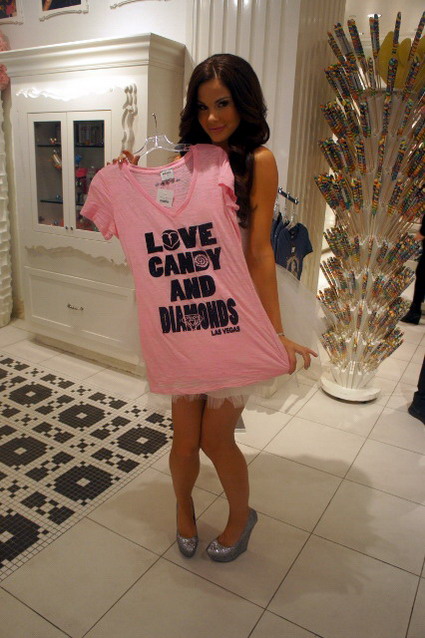 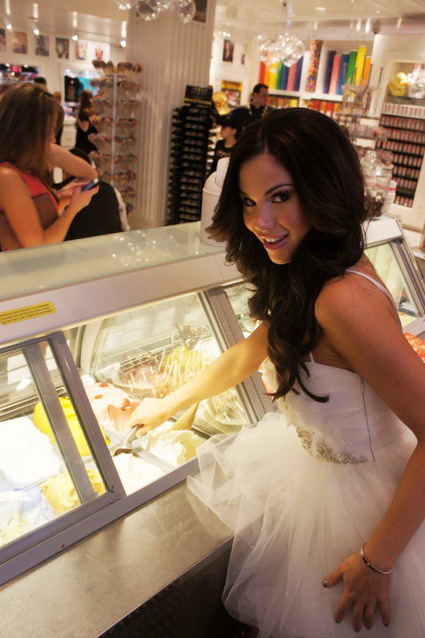 Jayde Nicole, who was frequently featured on E!’s “Holly’s World” and MTV’s “The Hills,” looked flawless in a white, feathered ABS cocktail dress and rhinestone-studded Steve Madden wedges as she munched on a grilled steak and arugula salad with a table of her five best friends. Getting the party started early, the birthday girl ordered some of the eatery’s signature cocktails such as a Passion Punch goblet, Almond Joy martini and a Jolly Rancher martini for her friends to try.

After dinner the raven-haired beauty, who was showing off new red highlights in her dark locks, took to the retail store to shop for some sugary snacks that she could bring to her birthday party. Nicole stocked up on Sour Patch Kids, gummy sharks and green apple rings. The beauty also picked out a few T-shirts, her favorite being the “I Love Candy & Diamonds” V-neck. Always up for fun, the starlet also got behind the cafe’s gelato counter to scoop out a little dessert for her friends.

Sugar Factory American Brasserie is an American take on traditional French brasserie, serving delicious cuisine all day, and all night, along with an over-sized retail store and signature Chocolate Lounge and Wine Bar. Other Sugar Factory retail stores are located at The Mirage and Miracle Mile Shops at Planet Hollywood.