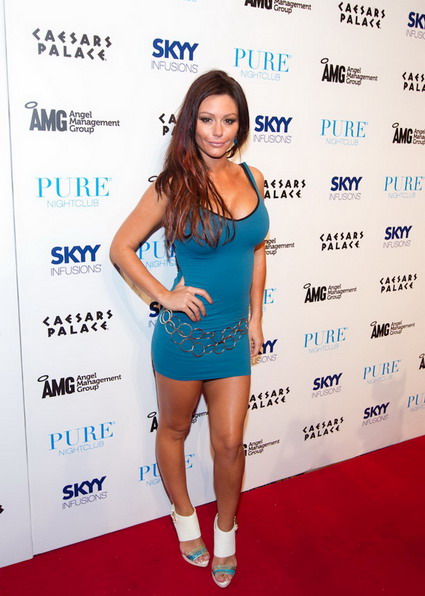 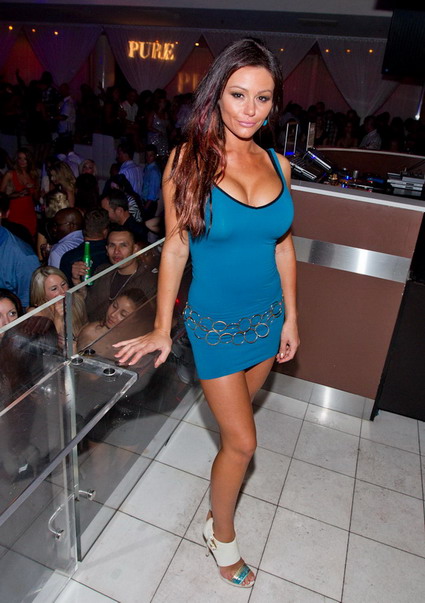 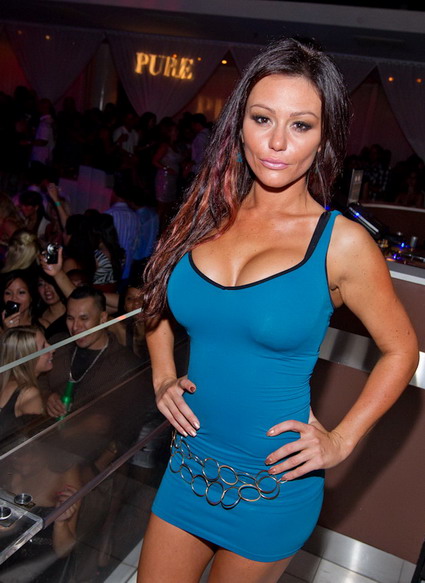 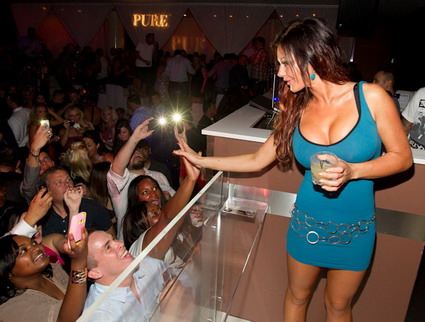 While on the carpet, the outspoken brunette gushed about her relationship with Matthews and when asked if there are any plans to get married, she replied with “I don’t know you’re going to have to ask him!” And when asked about Hurricane Irene, Farley said, “The weather was fine all day, but I literally just flew in from Newark. Our flight got a little delayed, but we just missed it.”

After the red carpet, Farley and her mini entourage were escorted through the packed house and to their VIP table located on PURE’s main stage. As she made her way through the crowd, hundreds of fans swarmed the ‘Jersey Shore’ cast member chanting “JWoww, JWoww, JWoww.” Not one to disappoint, Farley made sure to stop and greet as many of her admirers as she could.

Once she got to her table, Farley and Matthews kicked the party off right by drinking vodka cocktails and dancing. The very affectionate couple rarely left each other’s sight and were seen exchanging kisses all throughout the party. They were very playful with one another, as they had a flexing contest to see who had bigger muscles. During the rest of the soiree, the svelte hottie mesmerized clubgoers with her outgoing personality and fist-pumping dance moves while partying into the early hours of the morning.