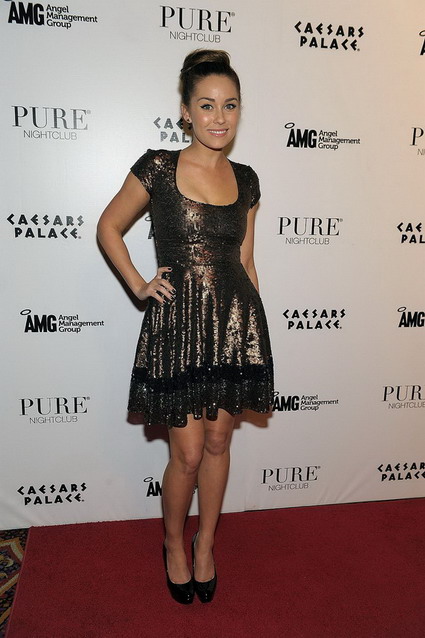 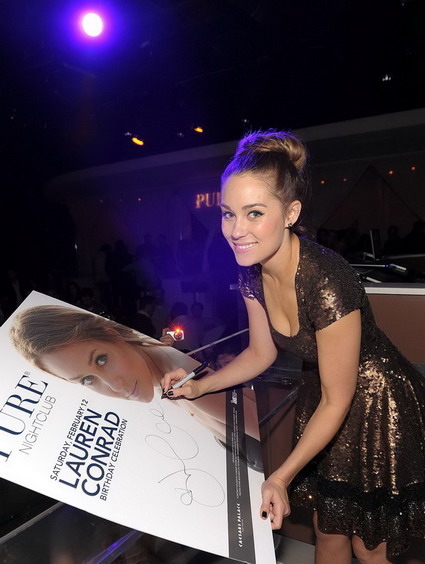 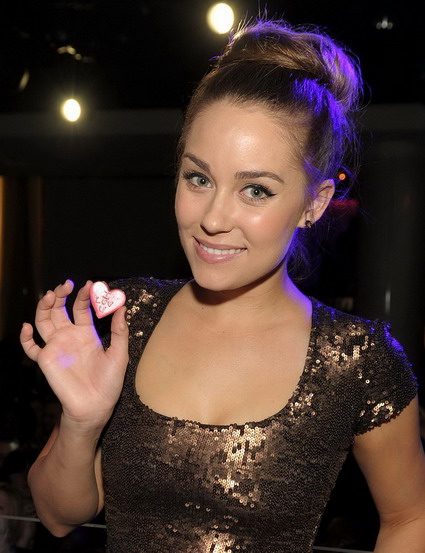 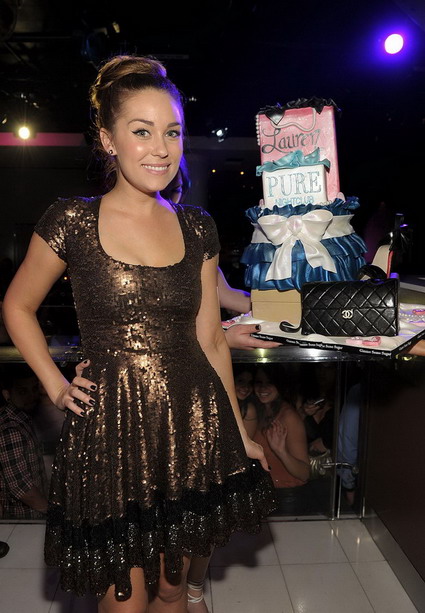 Photos by Denise Truscello/WireImage
Lauren Conrad, star of the former hit MTV reality series The Hills and Laguna Beach celebrated her 25th birthday at PURE Nightclub inside of Caesar’s Palace. The Hollywood hottie arrived at the Las Vegas hotspot just before midnight and was joined by eight of her closest friends including boyfriend and My Boys actor Kyle Howard, best friends Frankie Delgado and Maura McManus. Known for her unique taste in fashion, the young designer stepped onto the red carpet donning an elegant and playful sequin dress by Farah Khan paired with black patent leather platforms, while her newly darkened tresses were pulled back in a classic bun.

Unlike Conrad, her camera shy beau stayed off of the red carpet, but when asked if they will be doing anything special on Valentine’s Day, she replied with “I’m not a big Valentine’s Day person. We don’t have any plans yet.” And when asked what Howard got her for her birthday, she said with a big smile “An iPhone case, I needed one!”

After posing for pictures on the red carpet, Conrad was escorted through the packed club to her VIP table located on the PURE’s main stage where she joined the rest of her entourage who were already getting the party started. Later in the evening, Conrad was surprised as she was presented with a stylish cake decked out in the fashionistas’ favorites, a classic Chanel handbag and a pair of Christian Louboutins. Smiling from ear-to-ear, the starlet blew out her candles as her friends wished her a “Happy Birthday” and the packed club cheered her on. Boyfriend Kyle Howard also sneaked in to give her a kiss after the cake was delivered. Despite having set plans for the upcoming holiday, the normally private couple was seen being very affectionate and showing how in love they were by giving each other kisses, holding hands and dancing together throughout the night. The reality princess continued celebrating into the early hours of the morning, and called it a night a little after 2 a.m.

The fashion entrepreneur and New York Times best-selling author was also seen dinning at Social House inside Crystals at CityCenter where she munched on an assortment of Executive Chef Joe Elevado’s delicious sushi and sashimi, including his famous Yellowtail with Crispy Garlic Jalapeno before she headed over to PURE.