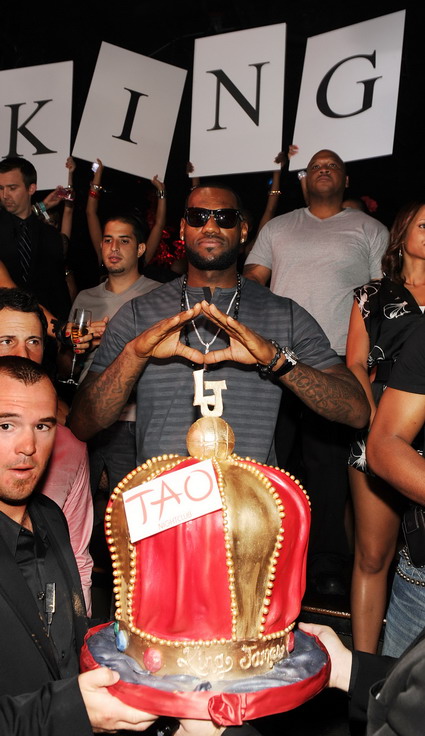 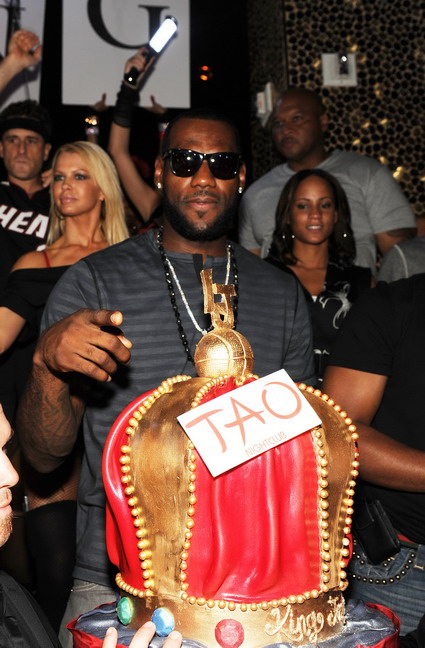 Photos by Denise Truscello/WireImage
After partying at LAVO Nightclub, LeBron James continued his weekend long Vegas celebration TAO Beach and TAO on Saturday. King James arrived to cheers was joined in the grand cabana by a group of friends including new Miami Heat teammate Dwayne Wade and Chris Paul of the New Orleans Hornets. At one point the fans in the pool chanted his name and LeBron pulled out his camera to capture the moment. Nearby former NBA player Alan Henderson and Glen Davis from the Boston Celtics also took in the sun and the scene.

Michelle Williams from Destiny’s Child returned for a second day at TAO Beach and was later spotted dining at LAVO with a group of friends before hitting TAO Nightclub where LeBron James was hosting for the night.

James and nearly thirty friends including Chris Paul feasted at TAO on signature items including Satay Bass, Lobster Wontons and Kobe Ribeye. He took time out of his dinner to greet fans including a five year old girl and her mother who came to TAO just for the chance of possibly meeting the NBA star. After dinner they headed up to the club and commanded several tables on the dance floor where the cocktail waitress were dressed in Miami Heat jerseys to honor LeBron’s new team. He was surprised by a cake from Gimme Some Sugar in the shape of a king’s crown and spent the night taking in the sounds of DJ Vice.