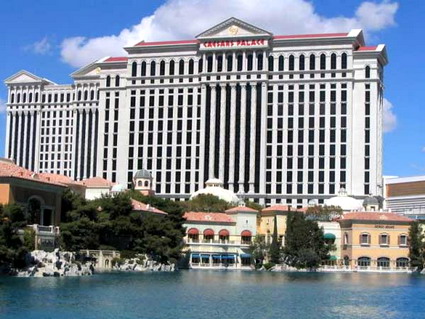 Caesars Palace has announced it will hire a total of 450 employees with the opening of Octavius Tower on January 2, 2012. The resort’s sixth hotel tower will yield 3,960 total accommodations, bringing hundreds of new jobs to the Las Vegas market.

The resort is currently seeking qualified candidates for both front- and back-of-house positions in hotel operations, guest services and VIP services. Applications are currently being accepted online at www.caesars.com/employment.

The 668-room hotel tower will offer a unique and private luxury resort experience with an exclusive entrance, attentive staff and separate hotel lobby. Spacious guest rooms will feature plush pillow top mattresses with Anichini™ linens and marble-tiled bathrooms with oversized whirlpool bathtubs, glass showers with multiple shower heads and flat screen televisions. An innovative technology package will include cutting-edge media hubs and a unique application which will allow guests direct access to guest services from the convenience of a smart phone or tablet device.

The opening of Octavius Tower marks a major milestone in the two-year renaissance of Caesars Palace, which began in March 2011 with the return of Celine Dion and encompasses major entertainment and dining initiatives including the return of Elton John and the premiere of Rod Stewart at The Colosseum and the opening of Central Michel Richard, by its namesake award-winning chef. Newly announced projects also include Old Homestead Steakhouse (to open winter 2011), Nobu Hotel, Restaurant and Lounge (to open fall 2012) and Shania Twain’s Colosseum headlining residency (to premiere December 2012).