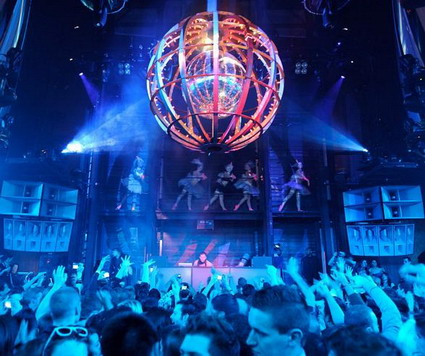 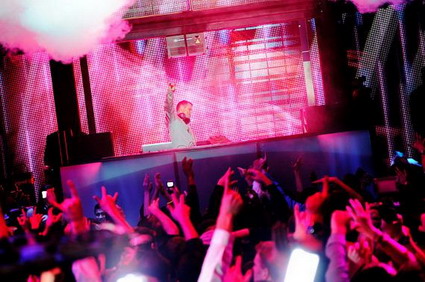 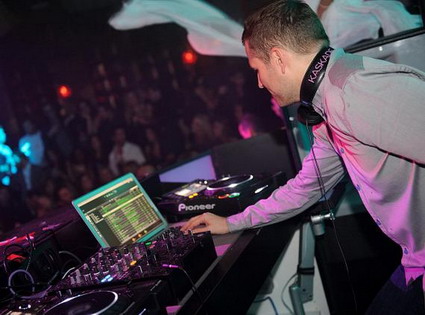 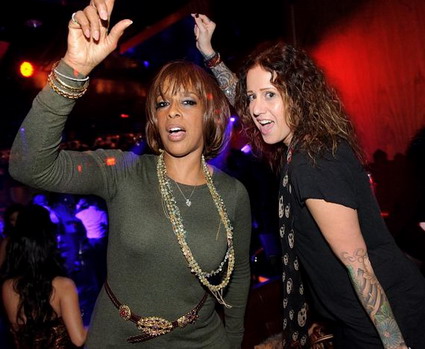 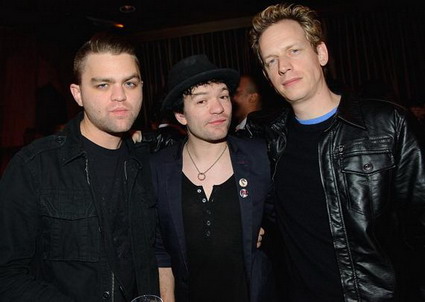 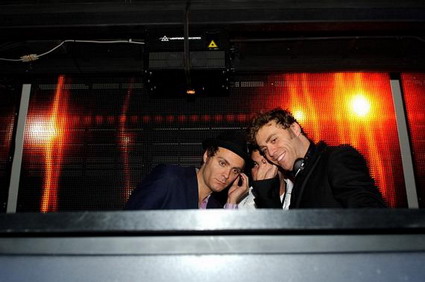 Photos by Al Powers/Powers Imagery
Marquee Nightclub & Dayclub at The Cosmopolitan of Las Vegas wrapped up a grand opening weekend with the New Year’s Day debut of Resident DJ Kaskade.

The EC Twins opened before handing over the stage to Kaskade who came on to cheers from the crowd and played for nearly eight hours. UFC President Dana White and friends took over a VIP table in the main room stocked with magnums of Cristal Champagne and Grey Goose. Downstairs in the Boom Box room Kirsten Dunst, Deryck Whibley, Gayle King and Tron’s Garret Hedlund were all spotted dancing a drinking cocktails. Glee’s Mark Salling arrived with a group of friends and took over a table in the Boom Box room.

After hosting at LAVO Nightclub, Wilmer Valderrama stopped by Marquee Nightclub & Dayclub around 4 am and commanded a dance floor table.