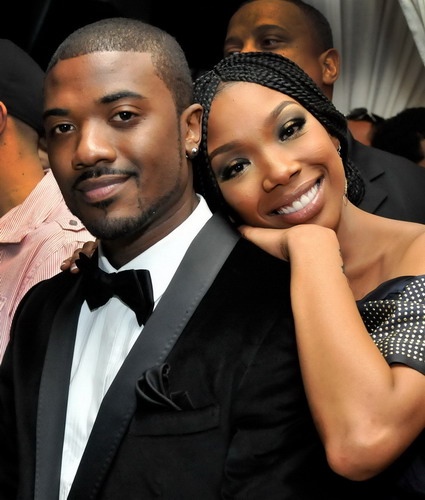 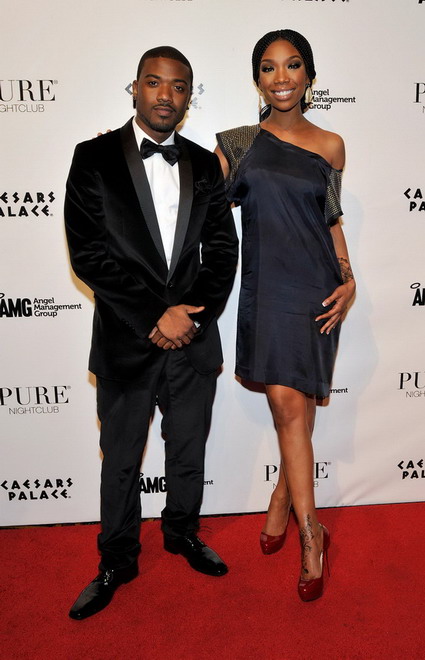 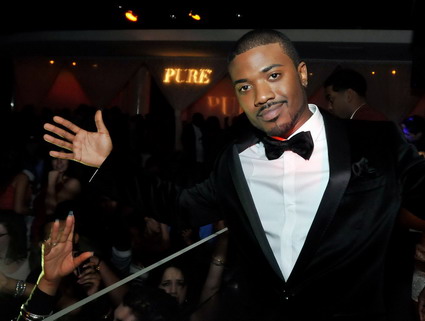 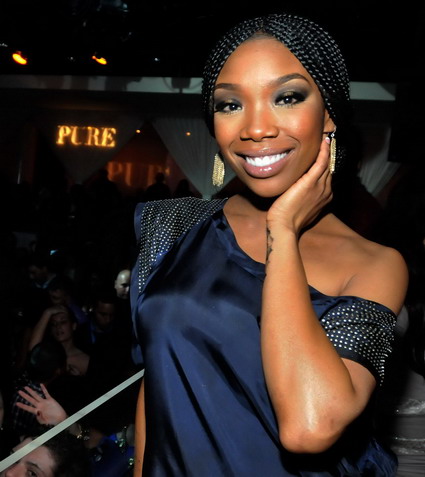 Photos by David Becker of Wire Image
Last night, recording artist and VH1 reality star Ray J celebrated his 30th birthday with sister Brandy at PURE Nightclub inside Caesars Palace. Arriving in style, the birthday boy wore a classic black tuxedo as his sister donned a sexy one shoulder navy blue dress. The ‘Family Business’ siblings posed for pictures on the red carpet together as their large entourage of 30 guests, including girlfriend Brittany Pena, waited on the sidelines cheering them on.

Following the red carpet, the whole crew was escorted through the packed house to their VIP tables on PURE’s main stage. As Ray J and Brandy walked through the venue, they graciously stopped to greet and take pictures with a few lucky admirers. When they got to their tables, Ray J immediately stole the show and became the center of attention as he rushed to the front while his new hit single ‘Celebration’ was playing. Soon after arriving, special guest and good friend Snoop Dogg shocked and surprised guests when he joined Ray J on the stage. The two stars worked the crowd as they danced and drank along with their fans getting them riled up for the celebration to come. Next up, Ray J got on the mic welcomed everyone to his birthday party and announced that his big sister Brandy was in the building. She then was at her brother’s side as the packed house went wild for the former Dancing with the Stars contestant. The siblings stayed front and center as they interacted with their fans from their table. The crowd’s energy sored through the roof and didn’t stop there as Ray J got back on the mic and performed his hit singles including “Sexy Can I,” “Tie Me Down” and “143.”

Directly following his performance, Ray J was presented with a three-tier birthday cake decorated with stacks of hundred dollar bills and a microphone. After blowing out his candles, Brandy got on the mic and showed-off her beautiful voice by singing “Happy Birthday” to her brother. She then asked the whole crowd to sing along with her as she did an encore performance. It was a true family affair as Ray J showed his appreciation by hugging his sister and thanking her for the birthday wishes. Also joining the birthday celebration later in the evening was Floyd Mayweather and 15 additional friends. The group danced and partied until the early hours of the morning.