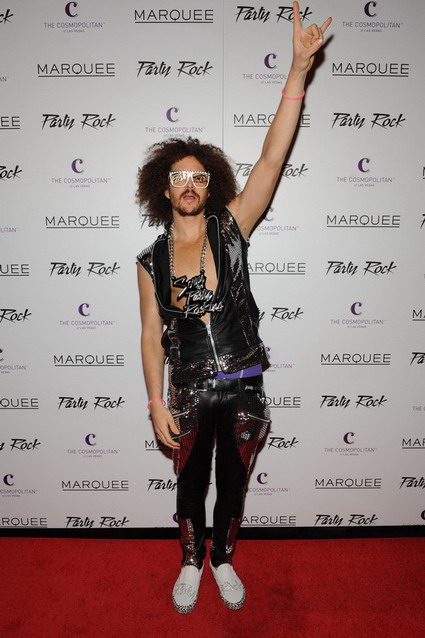 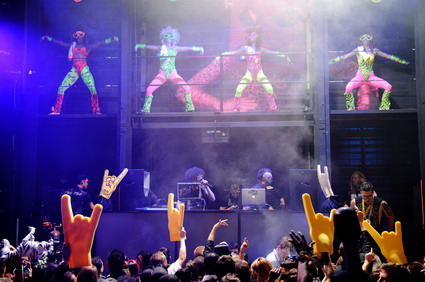 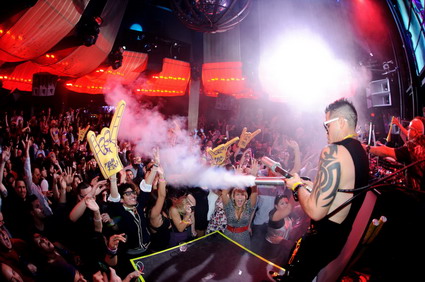 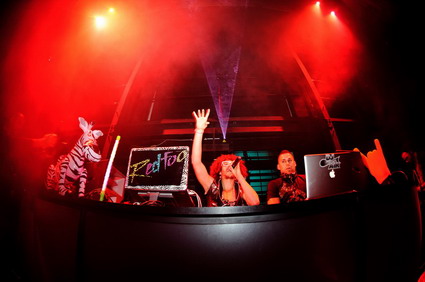 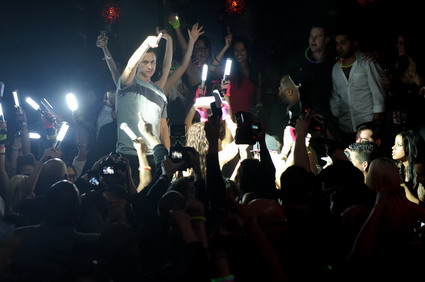 Photos by Al Powers/Powers Imagery
Monday night Redfoo from LMFAO launched his Party Rock Mondays at Marquee Nightclub & Dayclub inside The Cosmopolitan of Las Vegas. The monthly DJ residency features custom video content, themed go go dancers and special party rock gear including glow in the dark items, sunglasses and even blow up zebras on every VIP table in the main room. DJs Air and DJ Lema warmed up the crowd for Redfoo, who took over the tables from just after midnight until 3 am. Redfoo also wowed the packed club with impromptu performances during his DJ set.

The next Party Rock Monday at Marquee will take place on February 21.