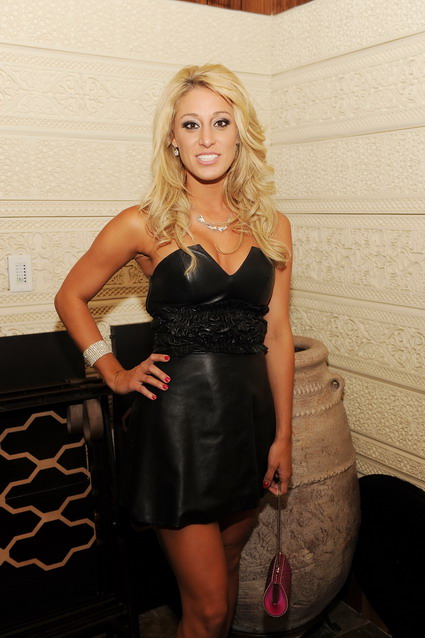 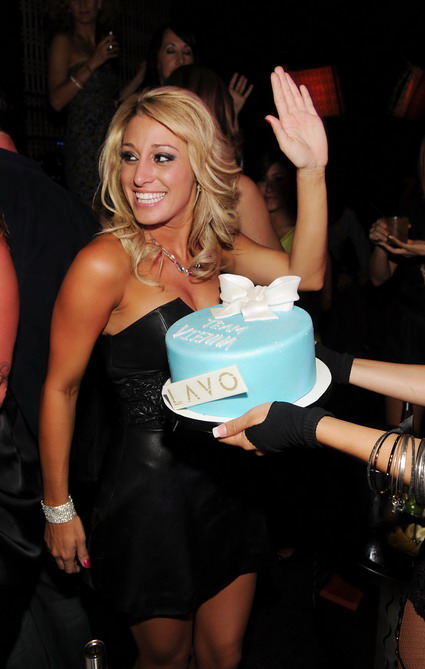 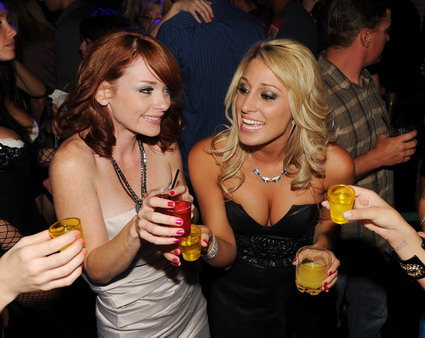 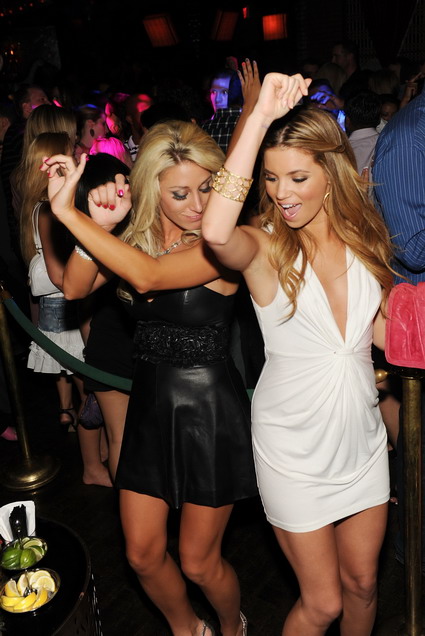 Photos by Denise Truscello/WireImage
Saturday night Vienna Girardi continued her “Single & Fabulous” party at LAVO. The party hostess grabbed a stack of promo fliers and was passing them out to guests in the LAVO lounge inviting guests to come to her party up in the nightclub. Vienna was joined by friends including Amber Lancaster from MTV’s The Hard Times of RJ Berger, Miss Florida Rachel Todd and Ashleigh Hunt, who appeared on The Bachelor with Vienna. The former winner of The Bachelor dined at the Italian eatery, hand picking the menu for the table, requesting the Kobe Meatball, Calamari, Penne Ala Vodka and more. She happily took photos with a bachelorette party dining at the table next to hers. After dinner the adjourned to the nightclub where Vienna got on the mic and thanked everyone for coming out and supporting Team Vienna. Her friend Rachel chimed in, telling the crowd “I am so happy to see my best friend get her smile back”. The girls sipped Veuve Clicquot champagne and cocktails and women in the crowd clamored toward the reality star for photos and drinks when she offered free shots to all of the bachelorettes in the crowd.

Also spotted dining at LAVO was Bruno Alves, whose sister Camila is married to Matthew McConaughey. Matthew called the restaurant to treat his brother-in-law to dinner and a night in the club.

Ashley Benson from the TV series Pretty Little Liars and a group of friends dined nearby, as did Tyler Labine from the Fox series Sons of Tucson. Labine and friends enjoyed specialty cocktails including the Pompeii and Uva Bianco along with favorites such as Tuna Tartare and Oreo Zeppole.

Aaron Yoo, who has been in 21, Nightmare on Elm Street and Disturbia took over a table at LAVO nightclub with a group of friends.

Over at TAO, Kunal Nayyar from The Big Bang Theory on CBS and friends were spotted dining at the Asian bistro and then enjoying Grey Goose cocktails in the nightclub.