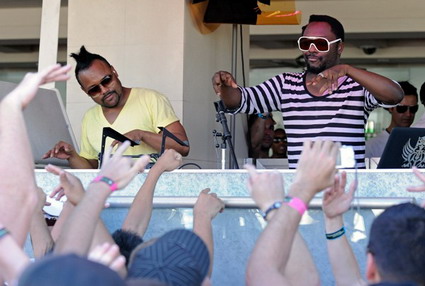 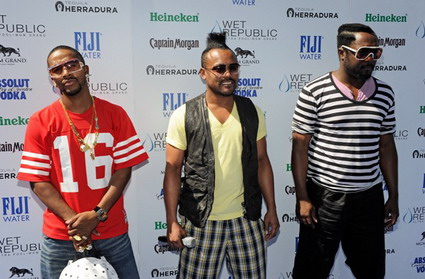 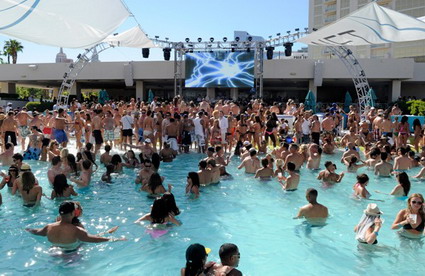 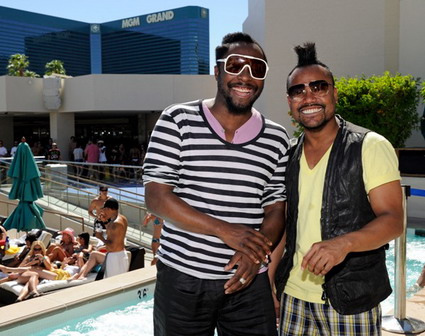 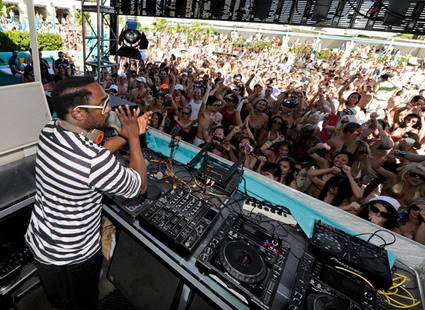 Before making his way to the DJ booth, will.i.am headed to his private VIP bungalow with his 20-deep entourage. Sampling WET REPUBLIC’s Kobe Sliders, Country Chicken Fingers and Waffle Fries, will.i.am took time to relax in the lap of luxury and get his mind ready for his set. Preparing for his turn on the DJ board, the music icon shared, “[I’m] just going to play songs I like, get the crowd into it, play beats that I made last week, incorporate old stuff with new stuff [and] keep it rocking.”

Taking his turn in the same DJ booth that has housed some of the world’s greatest DJs, will.i.am set the tone by exclaiming, “What’s up Vegas?! My name is will.i.am, and I’m going to rock WET REPUBLIC today!” The sexy crowd went wild and threw their hands up in the air as will.i.am began his set with funky renditions of popular Black Eyed Peas songs including “Meet Me Half Way” and “Rock That Body.”

His high-energy performance included a mix of rapping, singing and fist-pumping, telling the crowd, “I don’t care where we from, we from Vegas right now!” Will.i.am kept the party popping by adding other dance favorites to the playlist including Usher’s “OMG” and Michael Jackson’s “Thriller.” Rounding out the Sunday DJ lineup was house music DJ and producer Sharam, keeping Vegas’ hottest party rocking until the sun went down.

Actress Tiffany Hines, who currently stars as “Jaden” in the CW’s “Nikita,” was also in attendance at Vegas’ ultimate daylife destination to celebrate the holiday weekend.